Thoughts on the JOKER Backlash

I really enjoyed the Joker movie.

There I said it, although not perfect it was well made, had a standout performance from Joaquin Phoenix and put a unique spin on one of the most famous comicbook villains ever. However, that seems to be a more and more controversial opinion recently, I'll admit it made me feel uncomfortable, the violence is portrayed in a brutal and realistic fashion that is quite unsettling to watch. 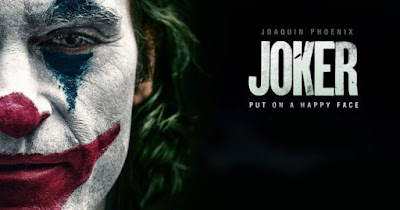 But does this make the movie dangerous? I’m not sure, I’ve seen more violent films, but not in this type of big budget / mainstream movie.


I guess the reason I decided to write this blog, is that I’m becoming quite conflicted about how the movie is being portrayed and also people are being shamed for liking it. The initial reviews following its premiere at the Venice Film Festival were overwhelmingly positive to the point it won the top prize. However, since the film’s release there’s been a bit of a backlash and I’ve seen more and more think pieces or podcaster propose “Joker is the hero of this movie, and that’s dangerous because it makes people sympathise with him (or people might relate with him).”

The “hero” view point I completely disagree with, not once whilst watching this movie did I see Arthur Fleck / Joker as the hero of the film.

The lead? Yes.
The protagonist? Yes.
A hero? Absolutely not.

Arthur Fleck does nothing heroic in the entire film, this is a mentally unwell man, who throughout the film progresses from creepy to an outright murderous monster. Unless my definition of heroic is different to others, he’s not the hero.

Yes, there are sequences towards the start of the film, where he’s down on his luck or is (literally) beaten down, which generates a certain amount of sympathy, but by the time he follows (stalks) his neighbour to work it’s quite clear this person is not a hero and is significantly troubled. From this point on, I wasn’t sympathising with Arthur, I was watching intrigued to understand what situations / actions were going to make him crack.

That brings me on to my other gripe with the films coverage, the “it’s dangerous because it makes you sympathise with a man let down by society.” Now, as I said previously, I don’t think the movie does sympathise with Arthur after a certain point, but let’s say that is your opinion, what’s the argument here? We shouldn’t sympathise with or acknowledge that mistreatment of mentally unwell people could lead them to commit horrendous crimes?

Look I am absolutely not going to sympathise with  a terrorist or someone who shoots up a school, but I’m also not going to ignorantly ignore the fact that something (or things) could have happened to them that caused them to act in that way.

Now, I know the majority of mentally unwell people are more likely going to hurt themselves than others, but I think we can all agree that the people who do commit these horrendous acts are themselves mentally unwell, so it needs to be acknowledged that no one is born evil, events in their life could lead them to this point. So why do vast amounts of the media / commenters want to dismiss or not acknowledge that?

It’s a real shame because I think Joker is technically a great film, with an amazing lead performance. Yet it’s now had so much negative coverage that you’re almost made to feel ashamed for liking it. I’ve literally had people on Twitter call me vile and disgusting, purely because I said I thought the film was good and Joker wasn’t the hero.

If you’ve yet to see Joker, I highly recommend you do, don’t go in expecting a Batman film (yes there's a few superficial links), to be honest this is Joker in name only. This isn’t really a portrayal of the comic book character, it’s an alternate / other world take about a man who just happens to wear clown paint.

And make your own mind up.