So last year on the lead up to Avengers Infinity War, I did the Road to Infinity War where I re-watched and re-reviewed all the Marvel Studios' Marvel Cinematic Universe movies. I wanted to do something similar this year for the Road to Avengers Endgame, but due to lack of time (and also a Game of Thrones re-watch) I decided I’d only re-watch my favourite MCU movies. 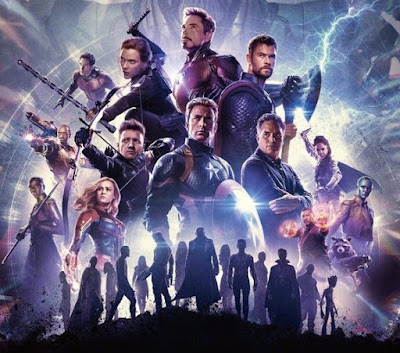 This blogpost covers that, but if you’re new to the MCU, I would recommend you watch all of them as even the movies I’m not overly keen on are likely to be relevant to Endgame (specifically Ant-Man and the Wasp and Guardians of the Galaxy Vol 2), but as I’ve already seen them multiple times and this was about efficiency I skipped them.

So I narrowed this down to the following twelve movies, which is essentially my Top 12 when ranking the Marvel Cinematic Universe anyway. I’ve listed them below in release order which is the order I recommend you watch them in.

I didn’t include Captain Marvel as it’s literally just released in cinemas and as a result I’ve watched it recently (and don’t have it on Blu-Ray yet). 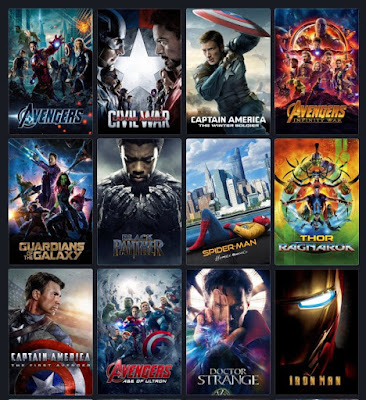 Although in general I recommend you watch them in release order, I actually switched Spider-Man Homecoming and Doctor Strange around, and found this actually flows really well when watching them back to back. Why? Well, Homecoming starts with Peter Parker recounting his time going to Germany in Civil War which works nicely to follow up Captain America: Civil War. Likewise watching Doctor Strange directly before Thor: Ragnarok works out because Strange has a cameo in it.

They're among my favourite films, but I don't think Thor Ragnarok, Spider-Man Homecoming or Black Panther are crucial to understanding the Infinity Saga or leading to Endgame. With the exception of Ragnarok's mid-credit scene (which is crucial for they Infinity War opening), the films are fairly self contained and although obviously building on the character relationships - you could in theory skip. I would advise you don't though as they're all amazing!

After the re-watch, I actually re-ordered my MCU ranking list as well with the main things being…

I moved CA: Civil War up from 3rd to 2nd (originally held by CA: Winter Soldier), I love both these movies but I constantly debate which is my favourite. I think due to it’s scope and smaller cast of characters I think WS is the more focused “stand-alone” movie, but now we’ve had solo movies for both Spider-Man / Black Panther and they’ve both appeared in Infinity War, having all these characters in the same movie really adds to the overall impact of Civil War (and as a result places slightly higher).

It seems every time I re-watch Guardians of the Galaxy it ranks slightly higher on my list, it moved up from 7 to 5. I’ve always thought it’s genuinely a perfect movie and technically the best in the MCU, but it’s not my favourite which is why it’s not in the top spot.

Also, because I only watched my favourite movies, it felt like less of chore and I genuinely looked forward to watching every movie.

So that’s it, we’re now less than a week until Avengers Endgame, I truly hope it lives up to the hype and everything that’s come before it.