Avengers Infinity War marks the culmination of the Marvel Cinematic Universe and it's easily my most anticipated film of the year. Although it’s almost certainly guaranteed to be full of spectacle and a financial success, there are some challenges that could prevent it from technically being a good movie. 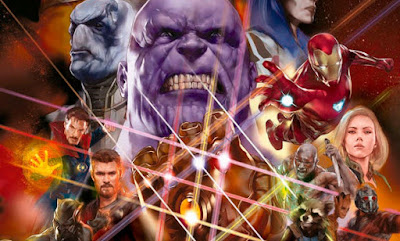 These are the 3 biggest challenges Avengers Infinity War has to overcome...

This seems pretty obvious, but it is no doubt the biggest challenge Avenger Infinity War faces in delivering a cohesive narrative and making it a “technically” good film. We have at least 20 protagonists when you combine The Avengers, Guardians of the Galaxy, plus Doctor Strange, Spider-Man, Black Panther and his Wakandian entourage, not to mention all the supporting characters and Loki. A lead antagonist in the form of Thanos, that we know has at least four henchmen making up The Black Order.

So, all in all you’ll likely have 30 - 40 characters that need to be (re)introduced and defined with motivations to tell a compelling story. We’ve seen MCU movies balance between 5-10 protagonists across The Avengers movies, Guardians and CA: Civil War before, but never on this scale. It seems nigh on impossible to achieve within 2 and a half hours and having such limited screentime per character. Arguably Infinity War is only Part 1 of a larger story to be concluded in Part 2 in 2019, but even then it only gives 5 hours. And Marvel Studios are adamant Avengers Infinity War will work as a standalone movie.

Based on the movies trailers I’m going to guess the film will focus on 4 main (groups of) characters and everyone else will support as and when they interact with them. Marvel Studios has described Thanos as the lead of the movie so it’s safe to assume we will be following him the most. Then from the heroes side we will be with Tony Stark / Iron Man (with Doctor Strange, Spider-Man, Bruce Banner and Wong). Steve Rogers / Captain America with Scarlett Witch / Vision before they join with Black Panther in Wakanda (and Black Widow, Falcon and Winter Soldier). Finally I think Thor and the Guardians will be grouped on their own mission it space.

Wow, even writing that last paragraph seemed difficult. How they’ll manage to balance all these story-lines and characters without the film feeling like an editing mess is beyond me. This is no simple task, if they pull it off it will be incredible. I mean, Marvel released these character promo art images (featuring 18 core characters) and they don’t even include everyone! 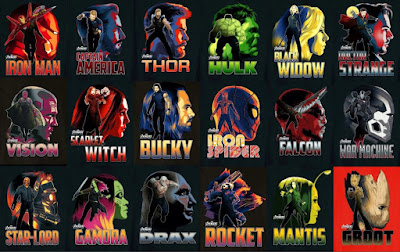 Marvel Studios will of course have the benefit of 18 previously released movies laying the ground work for all the characters so hopefully that helps, and for hardcore fans that will probably be enough, but I think first time movie-goers will struggle to keep up.

There’s also the chance quite a few of these characters may get killed off (which will thin the heard so to speak), so will give the narrative the chance to focus in on fewer characters. But this leads me on to the next challenge Infinity War faces…

2 - Having Meaningful Stakes That Audiences Believe Have A Lasting Consequence

Marvel Studios has been criticised in the past for not having any meaningful stakes, most commonly with characters who are killed not remaining dead (Fury, Coulson, Loki, etc). As a result audience may be blasé to any characters being killed in Infinity War.

We know it’s very likely that quite a few of our heroes will fall to Thanos in Infinity War and in order for that to have an impact it needs to be permanent (or at least have the audience believe it’s permanent whilst watching the film). The challenge here is that we know there are multiple films lined up for Phase 4 and some of them we know already; Spider-Man: Homecoming 2 and Guardians of the Galaxy Vol 3 are confirmed, and it’s a pretty safe bet that Black Panther and Doctor Strange are getting sequels, so if anything happens to these titular characters we know it’s unlikely to be permanent. It’s also heavily rumoured that Avengers 4 is some sort of a time travel movie, with our (remaining) heroes using the Time Stone to put right (bring back to life?) everything Thanos did in Infinity War.

However, the contracts for the actors who play the big 3 (Iron Man, Captain America and Thor) all expire with Avengers 4, so they are potentially at risk, whether that happens in Avengers 3 or 4 is yet to be seen.

There is a counter challenge to this point, as Marvel Studios movies are generally renowned for being fun entertainment, it may be a bit of a downer to see the majority of our heroes killed in this movie. In which case maybe not as many people will die, but does that then undermine Thanos and his minions power? On to challenge number 3...

We know the films main villain Thanos will be completely CGI in the movie, and based on concept art of the Black Order they will be too. The major challenge here… CGI villain aren’t very intimidating because no matter how good the effects are, most audiences sub-consciously know it’s not real, especially when you’re dealing with a purple alien. 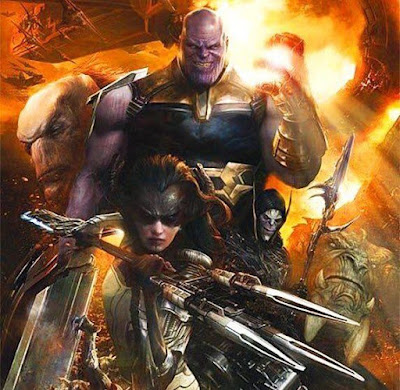 Yes they can look cool, but if there’s one dodgey effect and one of these characters look slightly fake than audience will notice and it will pull them out of the scene. Most recently Steppenwolf in Justice League is the biggest example of this failing. If you look at the current MCU villains, the majority are real people and definitely the best are (Loki, Kilmonger, Hela, Vulture, etc)


It’ll also be interesting to see how the Russo Brothers handle the fight sequences in Infinity War, the action in Winter Soldier and Civil War is some of the best in the MCU and it’s mostly all practical with real stuntman fighting. Having real people fight CGI characters generally never looks great, so this is going to be one hell of challenge to overcome.

So do you think Marvel Studios and the Russo Brothers are up to the task and can beat these 3 challenges to make Avengers Infinity War a truly great movie?