Why I’m Not Watching Anymore Promotion for Avengers Infinity War

If the title didn’t make it clear, this is a blogpost about why I’m not watching anymore promotional footage for Avengers Infinity War. 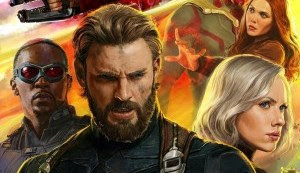 I’ve been thinking about doing this for a while and after seeing the Super Bowl TV spot for Avenger Infinity War it’s pretty much made my mind up.

I’ve watched the original movie trailer for Avengers Infinity War far too many times, and I was already beginning to work out the basic structure of the film. We know the premise for the film, but after watching movie trailers for so long (even the ones that don’t just summarise the plot in 2:30 minutes) I’ve become pretty good at working out the structure of a film. This doesn’t really benefit my movie-going experience, I either get it right and there’s no surprises or I get it wrong and I’m then disappointed in the film on my first viewing for not living up to my expectations.

I definitely do not want this to happen for Avengers: Infinity War, I want to see this for the first time and be surprised about what I’m seeing, not waiting for certain scenes in the trailer to happen or wondering when they will. I want to get lost in the experience.

For example, I’ve already begun to assume things based on the limited shots we have of Spider-Man wearing different suits on the space-ship(?) above New York. Or the number of Infinity Stones Thanos has in the Infinity Gauntlet at a certain stage. There's also way too many people highlighting Vision's (assumed) fate in the movie based on a shot in the new TV spot.

As a result I’ve made the decision to not watch any further footage of Avengers: Infinity War and try to avoid any articles or headline about it. I did something similar for Star Wars The Last Jedi and I’d definitely recommend it.

You see, I’ve never been a huge Star Wars fan, despite saying The Force Awakens and The Last Jedi were my favourite films in their respective release years. However, as a result I was able to resist the urge to watch and read much about The Last Jedi on the lead up to it's release. I watched the teaser trailer a few times when it came out and then only watched the full trailer once. I didn’t watch any of the promotional clips, TV spots or read any of previews or reviews.

I honestly believe it made my viewing experience of Star Wars The Last Jedi so much better, I had no pre-conceived notions of the story structure, I wasn’t waiting for particular shots to play out and nothing was spoiled. I just sat and watched the film from start to finish and I loved it.

As a result I want to try and replicate that experience for Avengers Infinity War, don’t get me wrong this will be A LOT HARDER. I love the Marvel Cinematic Universe and half of my recent blogpost have been related to it in some way, but I’m going to be strong and try and preserve my initial viewing of Avengers: Infinity War. I’m not going to watch anymore trailers more than once, definitely no trailer breakdowns or promotional clips / TV spots, and I’m not going to read any articles or reviews. I may even put some keyword blocks on Twitter.

Whether I have the will-power to see this through is another question… but here goes.