We’ve finally reached the big one, the first time all our heroes assembled in the Marvel Cinematic Universe. Yes, I’ve got to The Avengers on the Road to Infinity War. 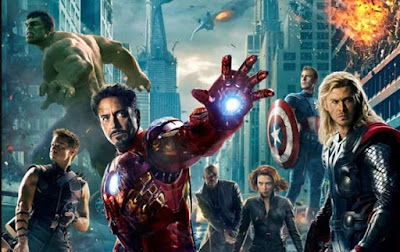 Now, not only is The Avengers my favourite MCU movie, it’s also one of my favourite films period. So I was really looking forward to watching it again. So, was it as good as I remember it…

Yes. Yes it is. In my mind The Avengers is still the best movie in the entire MCU, not only because you have the historic milestone of all these heroes coming together for the first time, but it is genuinely one of the best films ever made.

The 3 act structure of the film is perfect, with a great screenplay and editing, everything just works together masterfully. Multiple characters are introduced and motivations established efficiently, and every scene transitions to the next organically and smartly. This is no small task considering you’re introducing 6 protagonists, an antagonists and multiple secondary characters. It just all works and makes sense, trust me, the next time you watch it, see if you pick up on how it all fits together so naturally. For example, in one scene Nick Fury states “We need soldiers.” We cut to Captain America training, and that scene ends with Cap saying “You should have left it in the ocean.” We then cut to Iron Man underwater. These things are subtle, but really help the film flow together and make it stronger.

Of course, it helps that we’ve had 5 movies leading up to this point, so the film only needs to introduce the characters rather than also explain their origin and backstory (something the recently released Justice League had to deal with).

There’s a current standard (some may even call it a template) for what people expect when they see a Marvel Studios film now; the huge action, witty banter / one liners,  great characters and of course, fun entertainment. If Iron Man started it, then The Avengers is the first film in the MCU that really solidified it.

The Avengers is also the first time when the MCU started using a lot more CGI to deliver huge action sequence and spectacle. The five preceding films feel quite small scale in comparison. Fortunately, the CGI has stood up exceedingly well, Hulk looks great, Iron Man basically looks real and all of New York city backgrounds as our heroes fly around it looks incredible. I was really surprised, usually when you re-watch a film 5+ years old, the CGI begins to look fake, but not here.

One thing that really stands out is the change in aspect ratio, unlike all the other MCU movies there’s no black bars at the top and bottom of the screen, and because the picture completely fills the TV it just looks incredible and the colours really pop. It may not look as cinematic, but the scale is definitely more impressive as a result.

The Battle of New York still stands as the best climatic action sequence in any MCU movie. Its full of high octane action, complimented with character beats and memorable moments; spinning camera with all our heroes back-to-back, rag-doll Loki, Hulk punching Thor out of shot, to name but a few. It’s probably the most entertaining and geek-filled joyous moment I’ve ever had in a cinema, and it’s yet to be topped. Civil War’s airport scene came close mind you…

It’s no surprise but as this is a Joss Whedon film, the dialogue is great, every character interaction serves to move the story forward, build character motivation or entertain the audience. Most of the time it does all 3 at the same time. It’s truly great writing. Joss Whedon gets a bad rep for Justice League, but Avengers proves what he can do when he’s actually in control from the start.

My only criticism with the film is Captain America’s costume, I really don’t like it. It’s too bright and looks like it’s made from cheap material, I wish they’d just kept his original World War II suit from The First Avenger, because this version looks closer to the stage show version he wore. Minor gripe and the costume is not used in future films, but it has always bothered me.

What I’m also finding whilst re-watching all this movies, is that a lot of them are actually better in retrospect when you have some context for where they and the characters are going. Iron Man and Cap already don’t see eye to eye, suggestive interactions between Banner and Black Widow, knowing that the Terrasact and Loki’s spear are actually Infinity Stones, Loki’s arc in general, knowing the Battle of New York will be the backdrop for Vulture’s creation in Spider-Man: Homecoming, etc. It really is all connected, and shows just what a great achievement the MCU is.

I could write and gush over this movie for hours, but I’ve got to stop at some point.

In summary The Avengers is still the best Marvel Cinematic Universe movie.