We’re now in a post Avengers world and it’s time to watch Iron Man 3 for MoviePush’s Road To Infinity War. 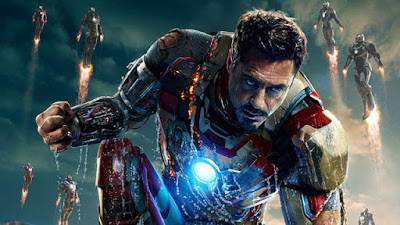 Iron Man 3 is the first film in Phase 2 of Marvel Cinematic Universe. So how does it stand up 5 years later…


My feelings on Iron Man 3 have always been up and down, I remember when I first saw it I was somewhat underwhelmed. High after watching The Avengers and the potential for amazing cross-overs going forwards in the MCU, Iron Man 3 felt small and very standalone in comparison. Also, Iron Man was barely in it and although I usually really like Shane Black’s material, it felt wrong in the MCU. Yet, after a 2nd viewing I actually really appreciated everything I didn’t like initially, to a point where for the last few years I would have said it’s the best Iron Man film in my Marvel Movie Rankings. You can read my original Iron Man 3 review if you’d like.

However, my biggest issue has always been it was like the huge success of The Avengers had taken Marvel Studios by surprise. Therefore Iron Man 3 felt very closed off from the MCU and standalone (like a Phase 1 film) as opposed to expanding the universe further. I don’t blame them, Iron Man 3 would have been far into development when The Avengers released, so there would have been little time to make any changes. However, you can see the films released after really started to play with the MCU potential, CA: Winter Soldier featured Shield, Nick Fury and Black Widow for example (even Thor: The Dark World featured a Captain America cameo). Now look at where we are with character cross-overs in Phase 3 for example!

However, the whole point of Road To Infinity War is re-watching these films and re-evaluating them in the context of the wider MCU on the lead up to Avengers: Infinity War and in that regard I do have some problems with Iron Man 3. In fact, many of the issues I now have are actually very similar to thoughts after my first viewing. Rather than re-writing  everything, here’s a link to my original Iron Man 3 review again.

Whereas the Phase 1 solo movies were smaller scale, they served as great introductions to their leads. However, Iron Man 3 was released in a post Avengers world, and after having just watched The Avengers last week, it does feel like a downwards step. To the point now, I’d actually say the first film is the best Iron Man film.

That’s not to say it’s not a great film (I don’t think Marvel Studios have ever released a bad film), it’s just not as good as I remember it. The Air Force One / skydive rescue scene is still absolutely incredible and even knowing how it ends, it’s still exhilarating to watch! As is the helicopter attack on Tony Stark’s Malibu home.

In summary, I still think Iron Man is a good film, it’s just a little further down the Marvel movie rankings than it used to be for me.