Black Panther is the 18th movie from Marvel Studios set within the Marvel Cinematic Universe, and it was released this week. 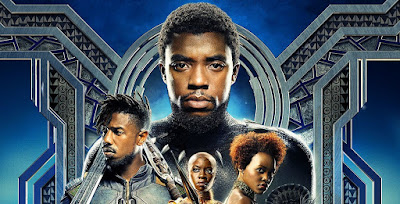 So here’s my (spoiler free) movie review of Black Panther, this also forms part of my MoviePush Road To Infinity War blogposts.

Black Panther tells the story of the newly crowned King T’Challa (following the death of his father in Captain America: Civil War) and his return to the technologically advanced fictitious African nation of Wakanda to take the throne. Although it’s the first solo Black Panther movie, it foregoes the traditional superhero origin and instead focuses on the challenges the new king faces in his first few days of leadership.

First things first, it cannot be overstated how significant of a movie milestone the release of Black Panther is! Although it’s not technically the first African-America led superhero movie (remember Blade or Hancock?), it is the first superhero movie (or any movie on this scale) to feature an almost exclusively black cast and to be filled with African culture and heritage. African culture is everywhere, from the art design, to music and the language used. It’s extremely rare to see this on the big screen and it genuinely felt new and refreshing.

I felt the film also did just as good a job in its inclusion and depiction of strong female characters. There are three standouts, T’Challa’s head bodyguard Okoye (Danai Gurira), his ex-girlfriend / Wakandian spy Nakia (Lupita Nyong’o) and his sister Shuri (Letita Wright), they all feel believable as characters and deliver great performance. Okoye in particular is an absolute bad ass, and I loved all of her action / fight scenes.

Chadwick Boseman (T’Challa / Black Panther) and Michael B. Jordan (Kilmonger) both deliver great performance as the films main protagonist and antagonist respectively. However, for me the 3 women mentioned above were absolutely stellar, but the whole cast in general is probably the best Marvel Studios has ever assembled for a standalone movie.

The story is grand in scale, but also very personal to T’Challa (and his family) which creates an emotional weight that really gets you invested in the final act. The tone is much more serious than the recent Marvel movies (it’s more in line with the Captain America movies, than say Guardians or Thor: Ragnarok) and as a result I took it more seriously. To be honest, I’d currently rate it as the best solo origin movie to date in the MCU, and having recently rewatched all the Phase 1 movies for Road to Infinity War, I’m fairly confident in that conclusion.

I’d highly recommend you check out Black Panther, for me it’s on the brink of being in the top 5 Marvel Studio’s movies of all time.

I've also created a companion blogpost detailing and explaining what the post-credits scenes in Black Panther mean if that's of interest.