Another new movie in the Marvel Cinematic Universe has been released and as a result we have some new end credit scenes to digest. 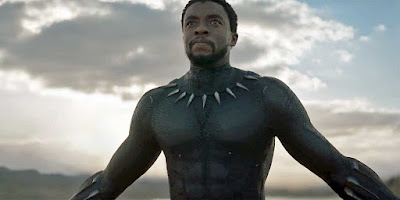 I’ve written up details of the Black Panther end credits scenes, together with what they mean below (obviously this includes spoilers so do not read unless you’ve seen Black Panther!). If you haven't seen it yet, here's my spoiler-free review of Black Panther.


Recently, Marvel Studios end-credit scenes have followed a standard pattern, the mid-credit scene is narrative based that sets up or links to a future movie, whereas the final scene is more comedic and just a bit of fun. Black Panther’s are slightly different…

BLACK PANTHER MID-CREDITS SCENE
This acts as an epilogue / conclusion to the film (rather than setting up any future movies), and sees King T’Challa addressing the United Nations (with Nakia and Okoye alongside him). It’s essentially him revealing the true nature of Wakanda to the world and saying they will share their technology and science for the better of mankind. T’Challa is challenged by another member "What does a nation of farmers have to offer the rest of the world?", T’Challa smiles with confidence and as he’s about to reply it cuts to black.

To be honest I thought this could have been the final scene of the actual movie, as it’s intricately linked to the themes and narrative of the film. You could have also easily interchanged this with the actual final scene, where T’Challa and his sister Shuri are in California, and T’Challa tells her he’s setting up a new Social facility based on Wakanda’s technology that he wants her run.

BLACK PANTHER POST-CREDITS SCENE
The scene starts with three Wakandan children staring at someone looking up at them, at this point I wasn’t sure if it’d be comedic but it actually plays it pretty straight. We’re inside a simple hut in rural Wakanda and the children run out shouting “The White Wolf is awake.” They're followed out by a man, who is revealed to be Bucky Barnes / The Winter Soldier and he’s greeted by Shuri who asks how he's holding up, they both stare across a lake looking at the sun, and then move on.

Again, this doesn’t really tease any future films and acts more of a reminder to the audience that Bucky Barnes / The Winter Soldier is in Wakanda.

So not the huge hype building post-credit scenes we’re used too, but actually serve to close off this movie very well.

What did you think?