Did you realise the next Star Wars spin-off movie Solo: A Star Wars Story releases in less than 5 months? Unless you’re a huge Star Wars fan, I’m guessing probably not. 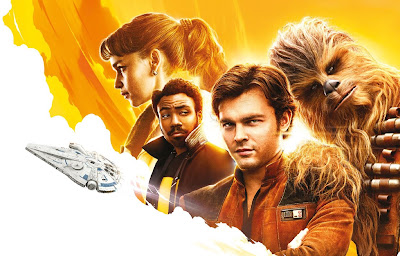 There has literally been no movie marketing for Solo at all. There’s been no teaser poster, no trailers or promotional art released. Yes, there’s been a few set photo, and one promotional image leaked (the image used for this MoviePush blogpost header). But Disney / LucasFilm have not started formally marketing Solo: A Star Wars Story yet. Why is this?


This is pretty unprecedented, a movie of this scale and scope (a Star Wars movie no less) to not have even started some initial marketing seems pretty odd (even worrying?).

There’s an argument to be made that Disney / LucasFilm didn’t want to cloud the marketing of Star Wars: The Last Jedi and confuse general movie going audiences. I think this makes sense on the lead up to release, but I would have thought that once The Last Jedi had actually released you’d want to at least tease Solo. A small teaser trailer attached to the start of The Last Jedi could have been a perfect way to kick start promoting the movie for example.

Being positive, you could say that not marketing Solo at this stage is a conscious decision from the Disney marketing team and that it was always part of the promotional plan.

Unfortunately the flipside of this is more concerning, and we could speculate that due to production troubles they haven’t been able to market the movie yet.

We know there have been huge production issues with the original directors (Lord and Miller) being fired 3 weeks before principle photography was due to end. Ron Howard was brought in and is rumoured to have re-shot 80% of the movie, which makes me think there isn’t actually enough finished footage currently ready to have a movie trailer. What this means for the quality of the final movie is somewhat worrying.

Do you this it was always part of the plan to not release an early movie trailer for Solo: A Star Wars Story or have the production issues forced the marketing not to be able to promote the movie yet.

No doubt they’ll be some announcement hours after this blogpost goes up saying a Solo: A Star Wars Story movie trailer will be released in the next few days, but as of now, we still have no official promotion for this movie. Failing that, maybe a trailer during the Superbowl?