On to the second film in MoviePush’s Road to Infinity War, as this weekend I rewatched The Incredible Hulk (following Iron Man). 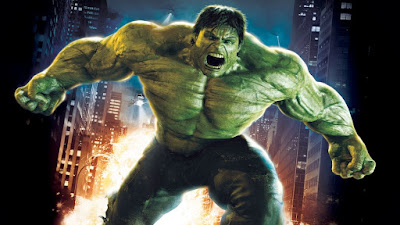 I think a lot of people tend to forget that The Incredible Hulk is part of the Marvel Cinematic Universe, and after watching it this weekend it’s easy to see why…


The most obvious is the recasting of Edward Norton in the lead role as Bruce Banner / Hulk, all future films feature Mark Ruffalo as the character. Not only that, but apart from General Ross appearing in Civil War (after 12 other MCU films), none of the supporting cast appear again in the MCU. Yes, Robert Downey Jr appears for a brief cameo at the end, but this doesn’t really pay-off in any of the future films.

As a result, The Incredible Hulk feels more like a standalone film than part of a bigger universe. To be fair this was early days in the MCU, and at this point the wider cinematic universe didn’t really exist so that makes sense.  However this is further cemented by the tone, The Incredible Hulk takes itself much more seriously than Iron Man, with barely a joke to be seen. It’s easy to see the future tone of the MCU was very much set by the Iron Man films.

The Incredible Hulk as a film still works well though, the story is relatively simple, spans a journey from Brazil to New York and is basically one long chase movie. However, I do think the biggest challenge the film faces is the disconnect between Bruce Banner and Hulk, as once Banner changes into the Hulk you lose any emotional connection you had with the character and it becomes all spectacle. I think this is more a challenge of the character in general than the film itself.

The design of the Hulk also stands out, I actually think he looks pretty cool if somewhat monstrous, but again he’s completely different to the design in later MCU films. Overall, the CGI has not aged well, although Hulk and Abomination look ok, the CG backgrounds look pretty bad, especially in the final fight when the camera pans through New York.

So as a standalone film The Incredible Hulk is good, however it definitely doesn’t feel like an important chapter in the Marvel Cinematic Universe. Next up is Iron Man 2…