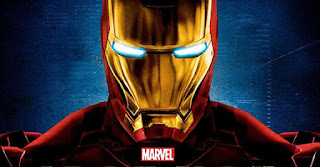 I’ve seen Iron Man many times and think it’s a great film, but I hadn’t watched it from start to finish in a few years, so it was nice to sit and watch it properly. Here are my updated thoughts…


At this point in the MCU, Iron Man as a film feels small in scope, it only focuses on a select few characters, the action scenes are relatively quaint and the wider aspects of the MCU are yet to seep into the narrative. This isn’t really a bad thing though, as it keeps the story and motivations of Tony Stark front and centre, and in doing so keeps Iron Man as one of the best superhero origin movies ever.

Iron Man still has the same problem a lot of superhero origins movie have, in that it takes it time to develop the hero’s origin, yet the villain’s origin in comparison feels rushed and forced in. Marvel’s issue with developing villains was there since the beginning…

Already, you can see how Robert Downey Jr. owns the role of Tony Stark and is completely comfortable playing the character. It’s also easy to forget how central his relationship with Pepper Potts (Gwyneth Paltrow) was to the film and the character, as their relationship has been heavily downplayed since the release of Iron Man 3 (can you believe that was almost 5 years ago?).

And when did Marvel Studios stop using AC/DC as Iron Man's theme tune?

It’s also a bit jarring to see Terrence Howard in the role of Rhodey now (as he was replaced and played in all future MCU films by Don Cheadle). I bet Howard regrets whatever happened to prevent him coming back. However, he still works in the part and to be honest I would have been quite happy to see him as a mainstay in the MCU.

Finally, we get our first post-credit scene from the MCU with Samuel L. Jackson’s Nick Fury introducing himself to Tony Stark and wanting to discuss the “Avengers Initiative,” and we all know where that leads…

Well that’s my first MoviePush Road to Infinity War blogpost done, next up will be The Incredible Hulk.