Coco, the latest movie from Disney Pixar is finally released in the UK (some 3 months after the US!) and I got to see it at an advance screen this weekend. 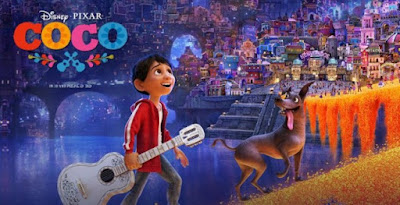 So is this a return to form for the kings of animation?

I used to be a huge fan of Pixar movies, there was a point where every film they released was a bonafide classic. However since the release of Toy Story 3, they’ve become a bit hit and miss. Pixar never release bad movies but they definitely went from consecutive movies of excellence, to films ranging from mediocre to good.

Remember, at one stage Pixar released Ratatouille, WALL-E, Up and Toy Story 3 back to back, probably four of the best animations ever made. Toy Story 3 was released on 2010, so I’ve been waiting a long time for a truly great Pixar film. Finding Dory got close, and although the concept and opening 20 minutes of Inside Out are incredible, the film as a whole is nowhere near Pixar’s best.

Why have I spent 2 paragraphs building this up? Well, because Disney Pixar have finally returned with their best movie since Toy Story 3. Coco is absolutely in the same league as Ratatouille, WALL-E, Up and TS3, it’s early days, but in my opinion it might even be better than some of those as well.

Coco tells a story centred around the Mexican holiday Dia de los Muertos (Day of the Dead) and a boy's love of music. He (accidently) ventures into the land of the dead, meeting various family members and discovers his true ancestry.

This is a truly heart-warming, feel good movie that is thought-provoking and emotional too. It’s a great movie and although it’s only the first movie I’ve seen in 2018 (in the cinema), I’m pretty sure it’ll be on my top ten come year end.

As is expected of Pixar, the animation is spectacular, the visuals are lush and beautiful from start to finish. Once, we arrive in the World of the Dead, the lights and decorations all look incredible. It’s a living and breathing festival come to life in the form of a city. Truly breath-taking. I also loved all the neat touches of including skulls in various parts of the architecture.

I really liked the music throughout, it never feels forced or “it’s time for a song” like some Disney films, each piece of music fits organically into the story and elevates the emotion of a scene, sometimes this is full of joy or others can be very sad. One scene in particular really hit a nerve with me and demonstrates how powerful Pixar are at playing on your heartstrings.

All the characters and their relationships are well developed and you fully understand their motivations and actions. This is Pixar at the top of their game, they are the kings of story and character. I would say there is a twist during the film that is flagged fairly early on, but although I saw it coming a mile off it still leaves an impact when it plays out.

I don’t want to say anymore to save talking specifics or spoiling anything, but in my opinion Coco is one of the best Pixar movies ever made, and definitely the best since Toy Story 3.

I recommended seeing Coco as soon as you can, with as many members of your family as possible.