Ranking The Comicbook Movies Of 2017

It’s been a great year for movies based on comicbook and superhero properties being released in 2017. 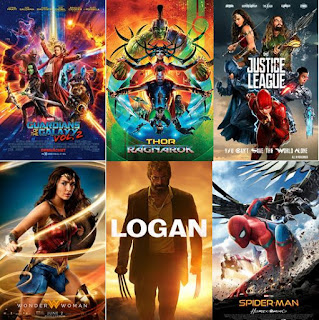 Most of them have pretty much been excellent, and as a result I thought I’d do a quick ranking of worst to best. So, here we go…

7) Justice League
As I said in my Justice League movie review, I don’t think this is a terrible film. It has great character interactions and is enjoyable enough whilst watching it to have a fun time at the cinema. However, it’s also pretty straight-forward and somewhat forgettable, as a result it’s definitely the weakest comicbook superhero movie of 2017.

6) Guardians of the Galaxy Vol 2
Although after recently re-watching Guardians of the Galaxy Vol 2 on Blu-Ray and coming away much more positive than my initial cinema going disappointment, I still feel this is one of the weaker MCU movies and as a result weaker comicbook movies of 2017. It doesn't quite capture the magic of the first one for me and I didn't find the story as compelling. However, as with all Marvel Studios movies, it's still good, this one's just not a stand-out.

5) Wonder Woman
As it’s only a couple of places higher on my list, I need to outright say that in my opinion Wonder Woman is leagues better than Justice League and GotG Vol 2 overall (just in case the position doesn’t effectively convey that). However, although Wonder Woman is an absolute triumph of a movie and easily the best in the DCEU, I don’t think it’s better than the next 4 films listed...

4) The Lego Batman Movie
Laugh out loud funny. Packed full with jokes, in-jokes and easter eggs, this is an absolute joy of a movie. I loved it.

3) Thor Ragnarok
Another great time at the movies, in my full movie review of Thor Ragnarok I said it was an absolute crowd-pleaser, which is extremely exciting and funny. It’s good to see Marvel aren’t afraid to mix up the formula and they allowed Taika Waititi to put his stamp all over this. The best Thor movie of all time.

2) Spider-Man Homecoming
What a great Spider-Man film. It may not have the sky scrapper webslinging of the previous two versions or the dynamic of Andrew Grafield and Emma Stone relationship in the “Amazing” films, but as per my my movie review of Spider-Man Homecoming I think this is the best Spider-Man film ever made. Great story, great villain, great characters and great action, this nails Peter Parker at high  school whilst balancing being a superhero and looking up to The Avengers. In any other year, this would have easily been at number one, but… 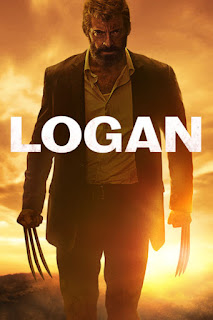 1) Logan
Logan ranks not only as one of the best comicbook movies of 2017, but also one of the best of all time. For me, the very best superhero movie’s transcend the genre and can be recommended to anyone who doesn’t generally like superhero movies (trust me they exist). Logan sits with The Dark Knight in terms of comicbook movies that feel like they’re real film films (if you know what I mean?) and as  a result just beats Spider-Man Homecoming to the number one spot.

Well that’s my list, it’s been a great year for superhero movies and it’s even better when you realise that Wonder Woman, Spider-Man, Thor and Wolverine have all had their best and most definitive outings in the movies ever.

Would you have the same order? What's your favourite comicbook movie of 2017?