The Fundamental Problem With Man Of Steel

On the lead up to Justice League I’ve been re-watching the previous DCEU (DC Extended Universe) movies, and of course the film which started it all was Man of Steel. 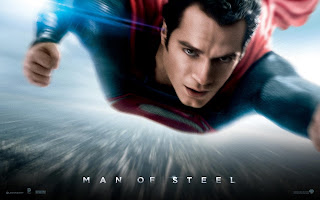 I’ve always enjoyed Man of Steel, I genuinely like the core concept of what if Superman was introduced to the real world. I do like the more serious tone and the insane action spectacle that fills the final act. However, I’ve always had issues with the first hour (see my original Man of Steel movie review), it’s never flowed right for me nor did I feel like I really engaged with Clark Kent / Superman. After watching it again a few nights ago, I think I’ve realised what its core problem is and how it could be fixed.


The main issue is that we (the audience) don’t get properly introduced to Clark Kent early enough in the film as a person, there is no scene that adequately sets him up as a character or allows us to understand his motivations. Yes, we follow him from scene to scene, and there’s various flashbacks with younger versions of Clark Kent, but the main protagonist (Henry Cavill’s version of Clark Kent), is an empty vessel initially that we just watch and who doesn’t even have a full conversation with someone until about 45-50 minutes into the film. This is the fundamental problem, we don't get to know (like) him as a character.

Contrast this with the origin of Diana Prince in Wonder Woman, the film spends its opening 20-30 minutes introducing us to the her world, her as a person and her motivations. So when she sets out on her adventure, we’re with her and understand why she takes this journey.

The first would be to tell the story chronologically, so we naturally grow with Clark and see his struggles through adolescents and we understand why he goes on his search to find where he came from. However I feel the filmmakers may have wanted to avoid this as it would end up being very similar in structure to the original Superman movie.

The second option would be to have our first introduction to Clark Kent (the present day version), be more personable so we actually get to know him and understand him. Possibly a conversation with his mother, explaining why he wants to know where he came from and who he really is. Then jump to the trawler / oil rig sequence and play the film pretty much as it is from there on.

Basically I wish they’d taken the time to let the audience get to know the character and let us follow him, because I honestly think once Man of Steel catches up with itself and starts playing out chronologically (after Clark returns to Smallville ) the film is much better for it.

As it stands (pre-viewing Justice League), Man of Steel is my 2nd favourite DCEU film, however if the first half were sorted it’d easily be the best and potentially one of the best superhero films of all time.