With the release of Justice League we now have five films that make up the DCEU (DC Extended Universe) and as a result I thought I’d rank the DCEU movies from worst to best. 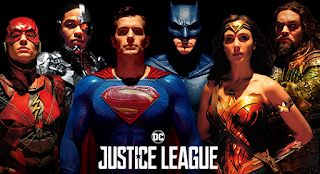 If you’re not completely sure what I’m talking about, the DCEU is Warner Bros and Detective Comics collection of interconnected superhero movies that all take place in the “same” universe. It started with Man of Steel and the most recent entry is Justice League. It’s the Warner Bros equivalent of Marvel Studios’s Marvel Cinematic Universe.


But, unlike my ranking of the Marvel Cinematic Universe, which was pretty hard to rank as most of the MCU movies range for pretty good to great, when it comes to the DCEU there are clearly some very bad films and some very good films. As a result the rank ordering may not be too surprising for most. However, for the purpose of this list I have decided to include both versions of Batman V Superman: Dawn of Justice as there is a clear difference in quality between the two in my opinion.

So here we go…

6. Suicide Squad
A terrible movie, there’s no two way about it. A clear result of studio interference after the knee-jerk reaction to Batman V Superman’s critical reception. It’s full of plot holes and inconsistencies, sporadic tonal shifts and mis-direction. I’m not a huge fan of Jared Leto’s Joker, it’s too is all over the place, but it’s not clear if that’s a result of poor editing or just his performance.

The saving graces are Margot Robbie’s Harley Quinn and Will Smith’s Deadshot, but even they can’t hold the film together.

5. Batman v Superman (theatrical cut)
This isn’t a good film, but it’s not really the truest version of the film either. It’s badly edited and full of plot holes, combined with its sombre tone and challenging deconstruction of the heroes, most audiences and critics were disappointed (myself included). Although I don’t have a problem with the tone, this version of the BvS is fundamentally flawed on a technical and structural level and therefore I don’t consider it a good film. I’ll expand on this below when I write about the Ultimate Cut…

4. Justice League
Another film in the DCEU that is clearly a result of studio interference (combined with other issues and director replacements). It plays less like a cohesive film and more like a collection of studio notes.

That being said, I did like Justice League and in the moment whilst watching it it’s enjoyable enough. It never does anything offensively bad, yet it also doesn’t really surprise or challenge the audience. It’s just fine, and ultimately a very safe movie, but the more I think about it the more I’m disappointed in what could have been. You can read my original movie review of Justice League here.

It clearly isn’t the Justice League film Zack Snyder had envisioned, yet neither is it the happy go-lucky “Avengers” copy the studio wanted. As a result we’re left with something in between, something that’s passable but doesn’t make anyone particularly excited.

3. Batman V Superman (Ultimate Cut – Extended version)
This is a superior version to the theatrical cut, and is the only version I watch now. You can tell this was the original version of the film, yet at 3 hours long Warner Bros wanted it shortened and as a result you end up with theatrical cut that is very poorly edited.

The Ultimate Cut is fundamentally the same film, so it still includes the films weakest aspects; an underwhelming fight between the two titular heroes, an eye rolling resolution “Martha!” and  Wonder Woman being introduced to the remaining Justice League members via some computer folders. Yet, the extra time fills in the plot holes, better explains character motivations and plans, and overall makes a much better and cohesive film. In my mind this version should have been released in cinemas. If it had, I do wonder if the BvS backlash would have been so bad.

I wanted to include this separately in my ranking, as if your opinion of BvS is based on what was in cinemas and you haven’t seen the Ulitmate Cut, you really haven’t seen the best version of it.

2. Man of Steel
I genuinely like Man of Steel, it has one fundamental problem that stops it being great and you can read my original review here, but I like it. I really like the concept of what it’d be like for Superman to be introduced to the real world, and I love the 2nd half. In my mind the DCEU has yet to top the spectacle or beauty of this film.

If the editing in the first act was sorted and we got a better sense of who Clark Kent / Kal El / Superman was as a person, I think this could have been one of the greatest superhero movies ever made.

1. Wonder Woman
No real surprises that Wonder Woman took the top spot, however for all the praise this film gets, it’s still not perfect. The final 20 minutes are not great and resorts to a messy CGI heavy climax with an extremely weak (and mis-cast) villain. However, overall this is easily the best film in the DCEU, it has a great story, likable characters with clear motivations and engaging action, it’s everything a great superhero movie should be.

Well that’s my ranking of the DCEU, do you agree?

Side note - you’ll notice that the top 3 are the films that are closest to their directors original visions, yet the bottom 3 are the ones that had the most studio interference. Just saying…