When Marvel first announced the culmination of the MCU (Marvel Cinematic Universe) and Phase 3 in the form of Infinity War, it was announced as a 2 part movie releasing in May 2018 and May 2019. 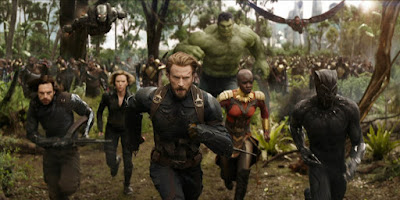 
Firstly, there is literally not enough time in one movie to tell this story satisfyingly. There are too many (lead) characters, too many plot points to cover and locations / events to see. The scale of this movie is unprecedented and unless it’s 3 - 4 hours long, there literally isn’t enough time to do the story or the characters justice. Not only that, but the fact we’ve been building to this for over ten years, are we really going to get rid of Thanos within one movie? I don’t think so, he’s staying around for the May 2019 movie as well and that will be the real climax of this saga (more details on why in my final point).

Secondly, I think the removal of the Part 1 and 2 title is a result of Marvel Studios reacting to the trends of the movie industry. When Avengers Infinity War Part 1 and Part 2 was announced, this was very much the "in thing". The final chapters of Harry Potter, The Hunger Games, the Divergent films and even Justice League were announced as Part 1 and 2.

However, audiences quickly rejected this way of releasing movies. The general consensus was that movie studios were spreading their stories too thin across multiple movies just to make more money, which in pretty much all cases resulted in pretty lacklustre and drawn-out Part 1s (see Harry Potter and Hunger Games). Although I think the scale of Infinity War actually justifies the Part 1 and 2, I think it’s a good idea to distance themselves from this idea, so audience don’t go in feeling like they’re only getting half a movie.

Also, bear in mind movies of this scale would be extremely difficult to significantly change at that stage in production. They are years in planning, preparing special effects and scheduling with all the core cast members, etc. If they were originally conceived as a Part 1 and 2, there’s only so many things that could be changed. They may have changed elements of the story so that maybe Part 1 doesn’t end on a cliff-hanger moment for example, but these movies will very much be two halves of one over-arching story featuring Thanos.

Finally, Kevin Fegie has stated several times that he won’t tell us the title of Avengers 4 because it’s a spoiler for Avengers Infinity War. I believe Avengers 4 might not technically be called Infinity War Part 2 anymore, but I do think it’s still very much a direct continuation of the Infinity War story (so still essentially Part 2) and revealing the title at this stage would give that away.

I don’t know specific plot points, but based on the teaser trailer, we can surmise that the main plot of Infinity War (and therefore most of the films duration) will follow Thanos in his attempt to get all the Infinity Stones and complete the Infinity Gauntlet, whilst the Avengers try to stop him.

My guess is that Thanos will succeed, however if we’re to believe this is a self-contained story then the Avengers would have to resolve this conflict almost immediately. This would be a bit of an anti-climax for a ten year, multi-film set-up…  As a result Infinity War will end with Thanos in possession of the completed Infinity Gauntlet, and the next Avengers film will be the heroes dealing with this by going on a crusade to stop him, therefore the fourth Avengers film will be called either... AVENGERS: THE INFINITY GAUNTLET or AVENGERS: THE INFINITY CRUSADE. 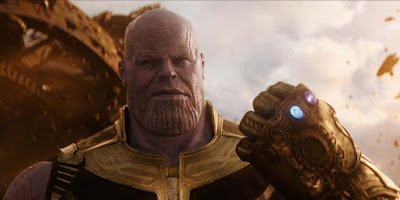 I do also think that to some extent the fourth Avengers film will act as a soft reboot and retire some of the core original heroes from the series as well.

Well, that’s what I think, do you agree?

If you liked this MCU speculation, you may also enjoy my blogpost of what movies are in phase 4 of the Marvel Cinematic Universe.