The Movie Marketing Of Justice League

This weekend saw the release of the latest (and most likely FINAL) movie trailer for Justice League. Although there will likely be a slew of TV spots in the weeks leading up to release, I think we’re at a good point to review and discuss how Justice League has been marketed. 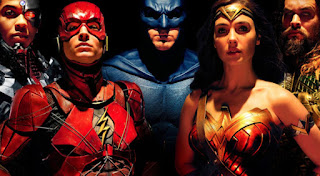 More specifically how it has evolved since the Justice League marketing started and how much of it (appears) to be in reaction to Batman v Superman’s marketing campaign.

Overall, I think Justice League has been marketed much better than Batman v Superman from start to finish. Some of this is likely a result of the lessons learnt from promoting BvS.

BATMAN V SUPERMAN MARKETING
To give that a bit of context, let me explain what I believe went wrong when marketing BvS. Firstly, the posters were just ok, you had the vandalised propoganda style character posters, which honestly just felt like an imitation of some similar Joker led marketing for The Dark Knight. Then you had the more traditional character movie posters, which were just the leads standing in front of generic blue / grey backgrounds. Not terrible, but not particularly exciting or attention grabbing either, see a few examples below. 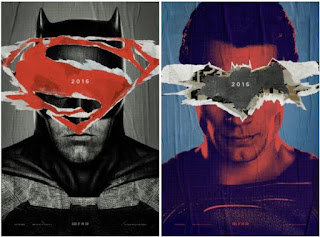 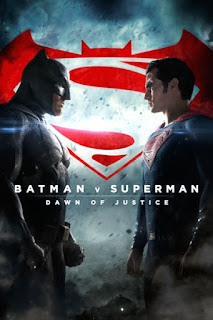 It was clear from the off this movie was going to be a sombre and serious affair and the first teaser trailer really lent into that, with news reporters debating the pros and cons of Superman, gloomy shots of the character with dark narrations. Yes, this was just a teaser and you don’t expect to see a lot from the movie, but I remember specifically not feeling hyped after seeing this, and more questioning the tone they were going for.

This was followed by the San Diego Comic-Con trailer in 2015, that whilst over 3 minutes long didn’t really explain why Superman and Batman were fighting or the overall narrative of the film. It also doubled-down on the gloomy tone of the movie, with the heroes brooding their way through, this is a serious movie!


The social media and general reception to this trailer wasn’t over-whelmingly positive and this is when I think alarm bells at Warner Bros started sounding. As a result Trailer 2 seemed to over compensate and showed way too much. It start well with the meeting of Bruce Wayne and Clark Kent, setting up the rivalry and introducing us to the fact Lex Luthor may be manipulating the situation. It then results in the full reveals of Doomsday and Wonder Woman, I still think to this day how much better the cinematic experience of BvS would have been without knowing Doomsday was in it, or not seeing Wonder Woman in action.

Worse of all for me is it shows Batman and Superman working together. Yes, this was always going to happen, but to show this in a trailer for a movie which is marketed primarily around them fighting, really undermines the premise.

The final trailer for BvS is actually very good. You get a decent amount of Batman action, the rivalry is greatly set-up and Wonder Woman is also effectively introduced. Interestingly Doomsday is not included, it's like the marketing team were now trying to keep it a secret – but the damage was already done.

Ok, that’s a lot of text about Batman V Superman for a blogpost that’s supposed to be about Justice League movie marketing. But I think it’s important as I believe Justice League’s marketing has countered both the movie posters and movie trailer problems of BvS directly. Let me explain…

JUSTICE LEAGUE MOVIE POSTERS
The first posters for Justice League still felt very BvS. Yes, you had the sunrise brighter background, but they are predominantly characters stood in front of gritty and dull backgrounds. The tag line “UNITE THE LEAGUE” is used heavily. I wasn’t exactly hyped, this still felt very BvS in tone. 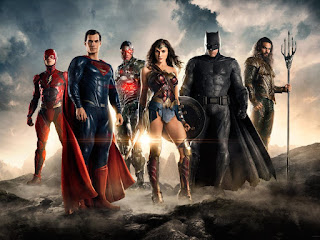 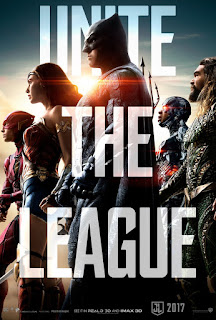 However, the real change came at San Diego Comic Con 2017 when the Alex Ross inspired banner dropped. All the characters are bright primary colours and they really pop off the slick black background. Heavy emphasis is also placed on the iconography of the individual heroes symbols. 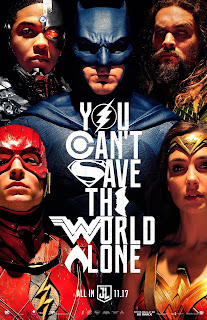 This image really pops and grabs you attention. At this stage, it wasn’t clear if this was an SDCC exclusive type poster or whether this was the new marketing theme going forwards. But now we have these new character posters, which I absolutely love and carry on the theme. They’re truly great and very different to anything we’ve seen before. The new tagline “ALL IN” seems to be what they’re running with on the lead up to release. 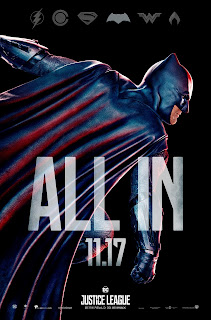 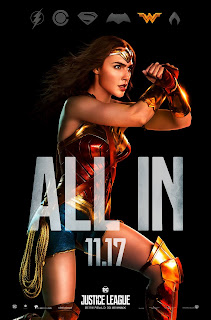 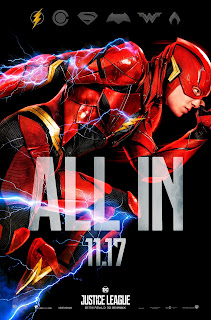 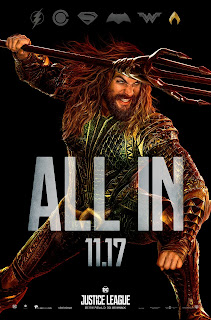 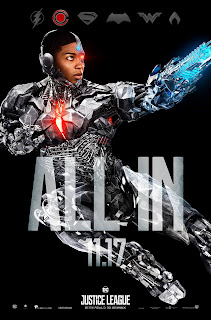 We also got some character profile posters, which aren’t quite the same theme but again really stand out and look quite special. 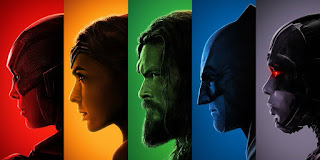 JUSTICE LEAGUE MOVIE TRAILERS
The approach taken for both the SDCC 16 & 17 previews and the first movie trailer have been consistent. All the trailers have focused on Bruce Wayne and Wonder Woman getting a team together, intercut with quirky banter / one liners, exciting action and fun rock music.


Already you have a clear story premise, without ruining the overall film narrative, and they’ve set a tone that seems more fun and enjoyable than BvS.The marketing team (or movie trailer department), have a consistent approach to the trailers and they’ve kept to it. This in turns creates a much stronger marketing message.

The final trailer released this weekend follows suit, and to be honest I think this trailer actually gives even less away. I'm surprised, as most movies spoil the whole film with their final trailers, but I'm glad they haven't. This hopefully leaves a lot of surprises for the final film in the cinema now (something that BvS didn't). 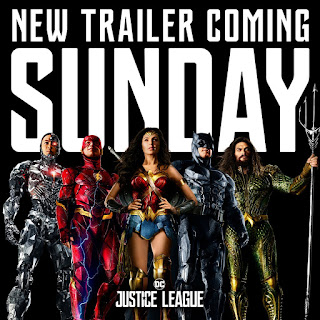 I’m conscious I’m writing a lot less about the Justice League trailers (than BvS) above, but I think that’s because there’s less to point out and less stark changes being made part way through marketing the film.

NO SUPERMAN
What makes all of this even better is that we haven’t seen Superman (I don't count the dream sequence of Clark Kent in the final trailer).

Yes, we know he’s in the movie and to be fair he’s been in a few banners, but we have not seen any actual movie footage of Superman, and this is great. It gives us something to be excited about, it gives us a reason to see the film in the cinema and it feels like we haven’t seen everything. This is extremely rare for a movie of this scale to hold back showing one of the lead characters, but I absolutely love that they’ve done it.

We’ve also seen very little of the villain Steppenwolf, nor do we know the overarching story of the film outside of Batman and Wonder Woman are working to pull the Justice League team together to prevent an imminent threat.

There's lots to be excited about...

EVEN MORE JUSTICE LEAGUE MOVIE POSTERS - UPDATED 09/11/17
Since originally writing this blogpost, even more Justice League movie posters have been released. All of them are very good and most of them take on a new hand-drawn style, which are exclusive to key partners. For the purpose of completeness, I've included the additional posters below... 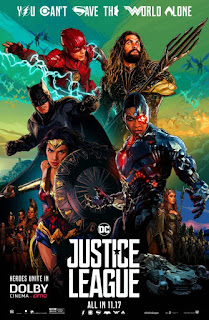 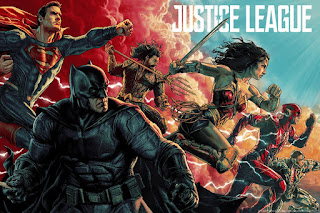 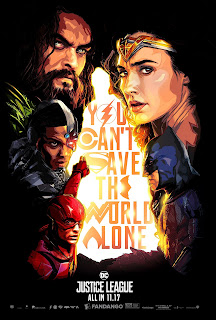 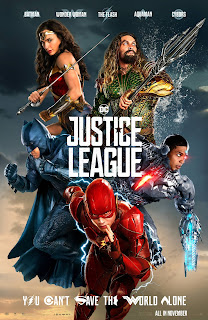 OVERALL THOUGHTS
Obviously a film's marketing is only part of the puzzle, and by no means is it representative of the films quality. I have concerns based on the behind the scenes changes that could mean we should be worried about Justice League as a film in general. But I think the marketing campaign for Justice League has been particularly strong and therefore I hope the final film lives up to it.

Bring on November when Justice League is released in theatres.

SUPERMAN'S INCLUSION - UPDATED 21/11/17
Following the release of the Justice League in cinemas around the world, the core marketing posters and banners have been updated to now include Superman. Rather than posting separately, I've included below... 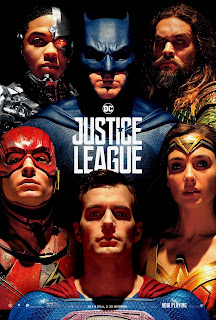 I've also now seen the movie, so you can read my Justice League movie review here.