Did Netflix Make The Right Decision Delaying The Punisher Launch?

This MoviePush blogpost is partly based on speculation, but I think it raises a good question and therefore thought it was worth blogging about. 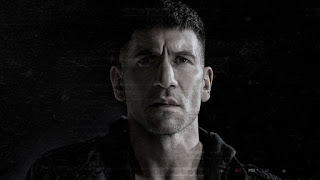 (Apparently) Netflix were planning to surprise launch the new Marvel series The Punisher on the streaming service this weekend (Oct 7), after debuting the first episode at New York Comic Con during a panel focused on the series. However, following the incident in Las Vegas, that panel was cancelled and as a result The Punisher’s launch has been delayed.

The above story isn’t 100% confirmed, but it is being widely reported, and whether it is or isn’t true doesn’t really change what I want to blog about specifically. This blogpost is more about the general principle of not releasing violent content in the wake of real-life violence and tragic events. So here we go…

Now of course, the decision to delay the release of a TV series that focuses on a vigilante who uses high-powered weaponry and guns after the events in Las Vegas is absolutely the right decision.

Don’t get me wrong, I am looking forward to The Punisher, so I was disappointed to hear it was “delayed” but completely understand why it would have been.

However, the reason I’m blogging this, is really looking at the principle of that type of decision. Yes, Netflix have (allegedly) delayed the series because it wouldn’t be appropriate to release such a series so close to such a tragic event. It’s not uncommon for media that features fictional content that’s very similar to recent real world tragedies to be held back for a later date.

But then, when does that ever not become the case? Especially in the case of gun violence.

I read a report a few days ago that referenced that there is a mass shooting in America almost every day. The Gun Violence Archive reported that in the first 275 days of 2017, there had been 273 mass shootings in America; Mass shootings being defined as “4 or more people, not including the shooter, are shot and/or killed in the same incident.” Now most of these are not as high profile as the Las Vegas incident, as they’re not getting the same level of media coverage or have the same level of loss of life. But they are still happening upsettingly frequently and are all tragic events (no matter how big or small).

My point being, is there ever really an appropriate time to release a show like The Punisher in the current climate? As arguably there is always going to be someone impacted by a recent mass shooting, whether or not it’s on the front page of news media.

What would have happened if The Punisher had launched a week earlier, a couple of days before the tragedy. The content would have been in the public domain, so would they have pulled the content from Netflix in the wake of the incident. I’m not sure…

If it becomes a decision made purely based on the scale of such an attack and/or timing, then you have to question whether the decision is made from an ethical perspective or a PR one. Is it purely about timing and association?

I’m not sure I have the answer, but it’s definitely worth thinking about.

What are you're thoughts?

Email ThisBlogThis!Share to TwitterShare to FacebookShare to Pinterest
Labels: Marvel, Netflix, The Punisher