With the remake of the new Stephen King adaption IT being released in cinema’s this month, I thought I’d do a short blogpost around the difference in the movie posters of the 1990 original and the upcoming 2017 version. 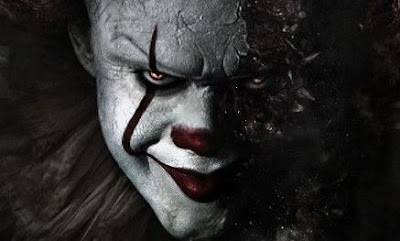 With the release being imminent, there has naturally been an increase in marketing and therefore I’ve seen the advertising for the new movie frequently. However this really highlighted the difference / similarities in the movie posters for each, which I thought I'd highlight.


The original movies poster has always stuck in mind, to be honest my memory of it probably wasn’t from the poster at all, but the VHS version I would see in video rental stores. I wasn’t renting it (far too young), but there was something about it that always stuck in my mind. It was extremely simple, yet the use of white, black and red really made it stand out and leave an impact. Pennywise the clown is obviously front and centre, and I knew instantly this was a scary movie… 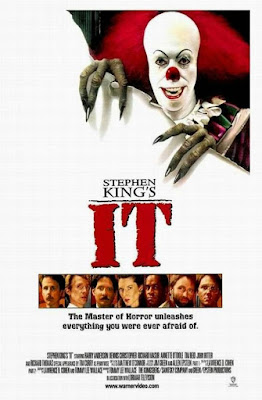 By today’s standards, the poster looks dated and no longer scary (I think spooky may be a more appropriate word). However the colour usage still gives it that original impact, with the sharp contrasting lines. So much so the image was used pretty much unchanged for the IT movie DVD packaging. 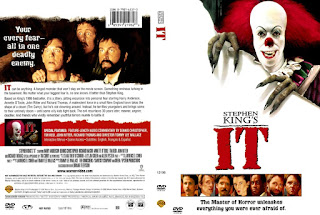 The 2017 version has a very different approach, the most obvious being the complete reverse of colour use. Still red, black and white, but here black is the dominant colour, with equivalent red but minimal white. Pennywise is hidden, and straight away this feels more like a tease of hiding something sinister… 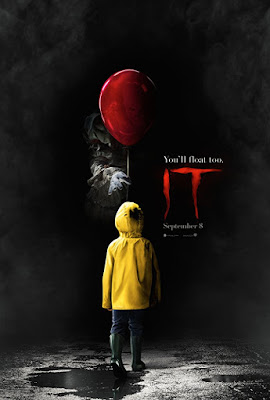 The banner follows suit and although we get a glimpse of Pennywise’s side profile, it’s very subtle. 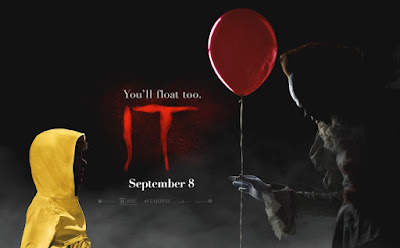 Whereas the movie poster for the 1990 version looks scary /  spooky, the new 2017 version definitely give a more sinister vibe. Judging by the trailers, it looks like the film will follow suit as well.

Whilst writing this blogpost, I did wonder what the old version of the movie poster would look like with a modern day Pennywise and I found this by an artist (Vessling) on DeviantArt. 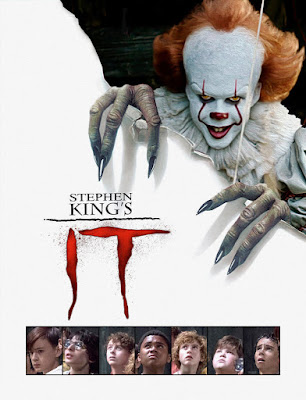 It looks pretty cool if you ask me, what do you think?