Another week, another director removed from an upcoming Star Wars movie… 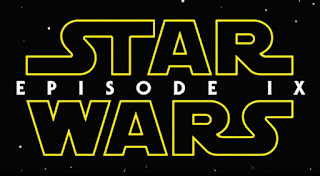 Yesterday Disney / Lucas Film’s announced that Colin Trevorrow would no longer be directing Star Wars Episode IX, with the stock reason of “creative differences.” This is becoming a bit of a running theme, now 4 out of 6 upcoming Star Wars movies directors have been removed prior too or during production. A recap: -

- Rogue One – Gareth Edwards
Although never publicly removed, Rogue One went through extensive re-shoots and it’s widely regarded that Tony Gilroy took over for the reshoots with Gareth Edwards sitting on the side-lines.

- Untitled Star Wars Story – Josh Trank
Trank was announced as director, but the Star Wars movie he was working on was never officially unveiled. Anyway before production got properly moving Josh Trank was removed.

- Untitled Han Solo Movie – Phil Lord and Chris Miller
Earlier this summer Lord and Miller were essentially fired from the movie, apparently with only 3 weeks’ worth of shooting left to be completed. Ron Howard was quickly brought on to finish (?) or (some say) reshoot up to 80% of the movie.

- Star Wars: Episode XI – Colin Trevorrow
The latest in a growing number of directors who almost directed a Star Wars movie, but parted ways due to creative differences.

Only JJ Abrams (Ep7: The Force Awakens) and Rian Johnson (Ep8: The Last Jedi) seem to have got through the Star Wars movie making machine unscathed. Well, The Last Jedi hasn’t been finished yet, so arguably there’s still time for him to step down (let’s hope not) and apparently JJ Abrams didn’t exactly part ways on the best of terms.

If you were an up and coming director, would you even want to direct a Star Wars movie at this point?

So what’s going on? Should we be worried?

Well for one, we are definitely in the period of producer driven franchise movies. Kevin Feige is the clear flagship example of this, he has led Marvel Studios to huge success with the Marvel cinematic universe. Geoff Johns is beginning to take the mantle at Warner Bros / DC, etc.

When it comes to Star Wars the head honcho is Kathleen Kennedy, the president of Lucas Film and the lead producers on all the new Star Wars movies. Make no mistake she is calling the shots, and I’m guessing when a directors removal is cited as “creative differences” we can assume this is with Kathleen Kennedy.

Now in most instances you could argue that a director should have creative control, but in today’s world of mega-blockbusters that just isn’t possible, unless you’re say Steven Spielberg or Christopher Nolan. In most instances the director is technically employed by the producers anyway.

You could say that it’s a shame a producer can overrule a director (the artist), but then in this instance just take a quick look at Kathleen Kennedy’s filmography and you’ll soon realise she knows what she’s doing. Her list of (over 80) producer credits includes - ET, all the Indiana Jones, Jurassic Park and Back To The Future films, Who Framed Roger Rabbit, The Goonies, basically if there’s a family blockbuster from the mid 80s – 90s you love, she probably produced it. Then there’s the likes of Schindler’s List, The Sixth Sense, Cape Fear, etc.

Kathleen Kennedy has been working in the film industry for over 30 years, and has built a huge list of proven franchises. The majority of directors brought on for the Star Wars films are relatively new, with these films being their 2nd or 3rd movies. So if there’s a disagreement between director and producer, whose Disney backing?

What’s particularly odd about this latest incident however is that Colin Trevorrow has left. Yes, he is relatively new director, yet he directed (and wrote the screenplay) for one of the biggest movies in recent memory. Jurassic World - the fourth highest grossing movie of all time. My understanding is he had similar responsibilities for writing Episode XI. So, I would have thought this would have given him a bit of extra clout when it came to creative decisions on the project.

However he had just come off the critical disaster “The Book of Henry”, so maybe Lucas Film and Disney had lost confidence in his decision making. I guess, this really proves you’re only as good as your last film. As I mentioned Trevorrow was supposedly heavily involved in the screenplay, so it’s yet to be seen if is removal impacts that or will have a knock on to the planned release date of May 2019.

So should we be worried about the future Star Wars movies?

I’m not sure, we know there were big changes behind the scenes on Rogue One, yet that movie turned out very well. It’s probably too early to tell in all honesty, but with Kathleen Kennedy at the helm I’m pretty sure they’ll be ok.

What do think? Does this latest decision make you less excited for the upcoming Star Wars movies?