Should We Be Worried About Justice League?

It’s no secret that the Justice League film is going through some changes. Whether these changes are for the better or worse, we won’t know until we see the final film… 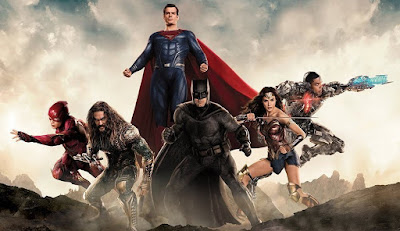 Either way, the Justice League movie is in real danger of not  being very good and therefore this blog post is all about why and whether we should be worried.

Before we get into it, yes I know it’s just a movie and in the grand scheme of things, whether it’s good or bad doesn’t really matter. But I love movies and I want them to be as good as possible, and if you’re reading a blog about movies I’m guessing you do too. #FirstWorldProblems

Ever since it went into principle photography, rumours have been circulating about how the poor reception of Batman v Superman was influencing the direction of Justice League. There were literally only weeks between the BvS release and Justice League filming starting, and changing a film just as it starts shooting is never a good sign. Since then, further issues have transpired that could really hurt the final films quality…

Firstly, and most significantly, Zack Snyder stepped-down as director after a family tragedy. Now I don’t want to come across as heartless, but in order to respect the family’s privacy and to keep this blogpost focused on the movie itself I will not specifically reference this any further. I will of course be discussing the impact a director leaving a project part-way through could have on the quality of the final film itself.

Joss Whedon stepped in to finish the film in post-production, yet he has also been directing re-shoots which have been said are substantial at a huge cost to Warner Bros. Rumours have it, that these re-shoots are altering the tone of film and characters, adding additional dialogue / scenes to stitch the film together and ultimately change the ending of the film. Sounds great doesn’t it…

Based on what happened with Suicide Squad, the studio have also no doubt been heavily involved in trying to influence or make changes to the film. I wrote previously how I was concerned the wrong lessons were being learned from the Batman V Superman reception so I won’t repeat that here. But needless to say a studio interfering with a directors visions generally doesn’t serve a film very well, and now we arguably have a film with two directors visions.

There are many news stories  articles on the internet discussing all the issues during the production, but the key points are: -

- Changes being made to a film just as its going into production (likely script changes)
- Studio interference and pressure on making the tone lighter
- A director leaving production midway through
- A new director taking over completing the film
- Re-shoots to alter the tone of the film, characters dialogue and interactions and additional scenes being included
- The films ending is also rumoured to be have been changed significantly

None of these points build confidence that we’re getting a particularly great Justice League film in November this year.

However lets looks at this with a more positive lens, the main thing here (and it might be Justice Leagues secret weapon) is that the director taking over is Joss Whedon. A director with a track record for delivery quality super-hero movies, writing and directing the two Avengers films for Marvel Studios. He also write comicbooks so he completely gets the characters and superhero dynamics. He is literally the best person to have taken over in this situation.

The big concern here is that Zack Snyder and Joss Whedon tend to be wildly different film-makers and when you look at there strengths and weaknesses are almost polar opposites. Synder is known for visually stunning but dark films with epic imagery and action spectacle, yet his character interactions and dialogue tend to be quite flat. Whedon on the other hand, has been criticised for his films looking very plain, yet he absolutely nails light-hearted films with great character relationships, building motivations and narrative structure.

So I see one of two things happening…

Best case scenario – we get a film that utilises both directors strengths effectively. I.e. well-structured story, great characters, that looks visually great and has spectacular action sequences. The additional re-shoots close any plot holes and we get a much more cohesive film. Fingers crossed for this option.

Worst case scenario – we get a film all over the place, that clearly has tone clashes, one scene being light-hearted and then the next being dark and sombre, with multiple plot holes so doesn’t flow naturally. Character making comedic jokes clearly being inserted into scenes that weren’t intended to be funny originally, etc.

So based on this should we be worried?

I’m going to say no, not really.


If we look realistically at what can and can’t be changed at this point in time I think it could actually be positive for the film. Let’s assume the overall structure of the film was in place and works, if there were any glaring plot holes or structure problems, new narrative based scene can be shot to fill in the blanks. The action sequence will unlikely be changed too significantly, as there just wouldn’t be enough time to create new special effects in such a short time. If any of the dialogue or characters aren’t working, this is much easier to correct and reshoot and this is the stuff that generally makes a film great.

Once again – Joss Whedon. He know how this stuff works and has lots of previous experience. That’s not to discredit Zack Snyder, I generally like his films, but based on Snyder leaving production, Whedon is the best person to take over.

I honestly hope Justice League is a great film, based on the circumstances I doubt it’s going to be a 10 out of 10 film, but there is a very good chance Justice League ends up being solid a 8 or 9.