Does Thor Ragnarok Have The Best Super-Hero Movie Posters Ever?

Another month, another insanely awesome poster for Thor Ragnarok. The latest Japanese poster for the movie really does speak for itself… 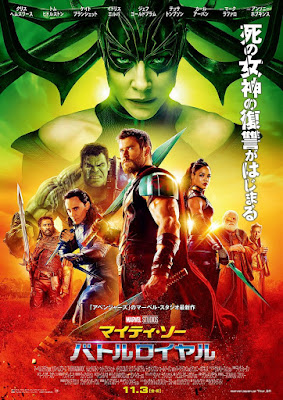 I’m extremely excited for Thor Ragnarok. Don’t get me wrong I’m usually excited for all Marvel Studio movies, but something about the third Thor movie just seems incredibly special. The movie marketing obviously plays heavily into that, both trailers have really hit the nail on the head, but for me it’s the movies posters that really stand out.


This got me thinking, has Thor Ragnarok had the best movie posters for a superhero movie in recent years?


Last year at a Super-Hero conference in Thailand, the following poster was released. 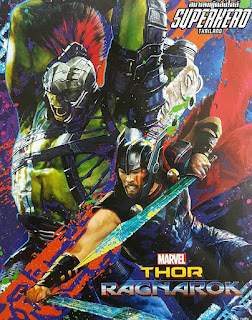 This was our first glimpse of promotional material for Thor Ragnarok (and also confirmed the Hulk’s inclusion), yet despite being somewhat water-coloury it did highlight the bold colours the marketing campaign was going to take. At the time though, we didn’t know if this was just a one off unique art style specific to this poster or the theme that would go over all marketing.

Next, we got the first official teaser movie poster earlier this year, featuring Thor with his new short hair, and again a really bright almost neon-toxic colour palette. It really breaks the mold of all other posters being blue and orange, and was pretty cool. 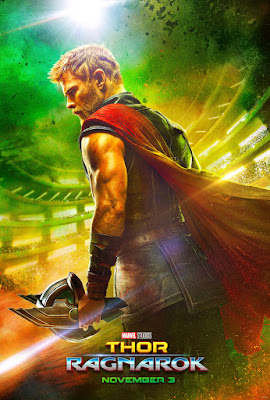 But then came the mic drop moment… 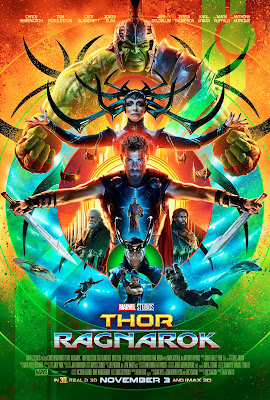 I LOVE this posters. I honestly think it’s the best movie poster released in recent memory (not just for a super-hero movie). It’s so vibrant, highlights all the key characters, has a certain element of symmetry and is completely eye-catching - now this is how you sale a movie. The Japanese poster is great, but I still prefer this version.

It really stands out from what has come before, even the two previous Thor movie poster pale in comparison (and those one’s do feature the heavily blue hues most movie posters fall victim too). 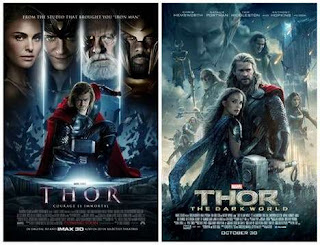 This to me is a mission statement for Thor Ragnarok, this is a new Thor with a new vibe, be excited, be very excited.

Now, compare this to other recent movie posters. Spider-Man Homecoming has some cool posters, but they look more like paintings or comic book covers (same could be applied to Logan). Guardian of the Galaxy 2 has a very colourful poster but it is basically the team just posing in front of an explosion of fireworks. All the Wonder Woman posters heavily lean on the lead character posing with an orange and blue background.

The thing that makes this Thor movie poster so good for me is that it’s a true movie posters that teases situations from the movie and includes multiple characters. It’s presented it in an eye popping and interesting way. Most importantly it avoids the boring floating head syndrome so many other move posters rely on. It's also not blue and orange, so it really stands out as something different!

Let’s hope the actual movie lives up to poster (and the trailers).

Can these Thor Ragnarok movie posters get any better?! Take a look at these newly released character posters! 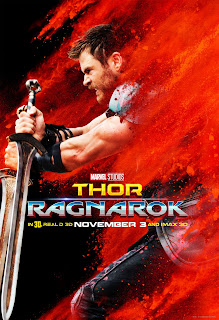 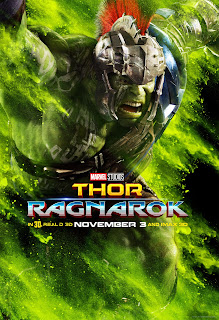 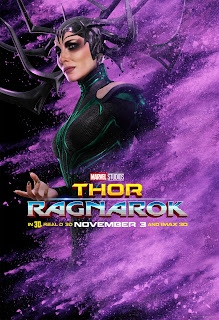 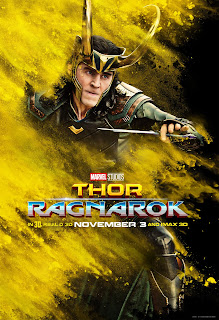 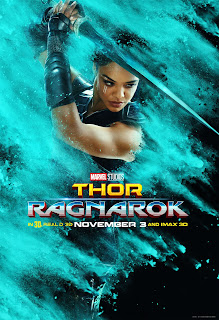 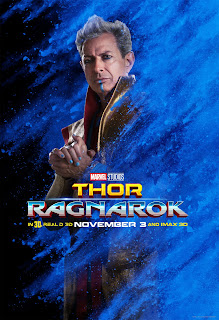 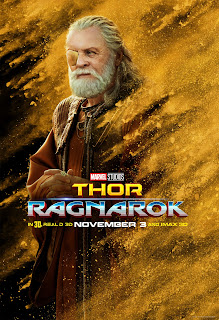 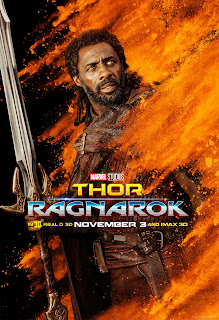