What Marvel Movies Are In Phase 4 Of The Marvel Cinematic Universe?

QUICK HEADS UP - this post is complete speculation on my part!

So, before there are any official announcements I thought it would be quite interesting to discuss where the Marvel Cinematic Universe (MCU) could go after Phase 3. More specifically what Marvel movies will feature in Phase 4.

What is the MCU (Marvel Cinematic Universe)?

The Marvel Cinematic Universe is the overarching name given to all the Marvel Studio produced movies released since Iron Man in 2008. It is basically one big franchise with each movie acting as the next chapter in an ongoing narrative. Although not every film is directly connected and there are solo movies, all the movies are taking place in the same universe. The MCU does also technically include some of the Marvel TV productions, however the movies rarely reference or acknowledge the TV shows so for the purpose of this I’m just including the films.

What Are The MCU Phases?

The Marvel Studio movies have been split into phases so far, with each phase building to or starting with a big event. Phase 1 finished with the release of The Avengers in 2012. Phase 2 officially ended with Ant-Man however arguably the big climax was Avengers: Age of Ultron. Phase 3 on the other hand kicked-off with the huge Captain America: Civil War and is due to finish with the even bigger Avengers 4 in 2019.

Also, a little bit about how previous phases have been announced….

In 2014 as we were nearing the end of Phase 2, Marvel Studios held a press event where they announced the full slate of movies being released as part of Phase 3. This was great for setting the road map, but it had a few problems. For one it did spoil and remove some of the tension from upcoming movies, i.e. if you know there’s a Captain America: Civil War movie coming, you knew that Iron Man and Captain America were getting through Age of Ultron all fine.

We have yet to have a similar conference for Phase 4, but to be honest I’m not sure we will get one for a while (if at all). Kevin Feige (the mastermind behind the MCU) has said the reason they’re not announcing the title for Avenger 4 is because it’s a spoiler, so if you’re not announcing a title you’re definitely not going to release a full slate of movies. We know that the stakes are raised with Avengers: Infinity War, and with a lot of the main cast’s contracts coming to an end there is a very real chance this will  be the end for some characters. So, to my previous point, that tension is somewhat removed if you know there’s a sequel featuring a certain character in a few years.

So now that’s explained, let’s get in to the meat of the post…

What movies are likely to be in Phase 4 of the Marvel Cinematic Universe?

At this moment in time the only confirmed movie in Phase 4 is the sequel to Spider-Man: Homecoming to be released in Summer 2019. However, what makes this particularly interesting, is that as it stands, the Marvel Studios / Sony deal to feature Spider-Man in the MCU ends with Homecoming 2. However, Kevin Feige has stated that the sequel will start literally minutes after the fourth Avengers film, which in theory heavily links it to the MCU. If you know you’re not going to have Spider-Man feature in the MCU again after this movie, then wouldn’t it be safer to do more of a standalone story? I wouldn’t be surprised if they renegotiate the deal for more films or whether Homecoming 3 is already part of the plan.

To further support this theory, here are some more reasons… Historically, each phase of the MCU has only featured one solo hero movie per phase. I think that might change with a third Spider-Man movie. Why? Firstly, they are joint ventures between Marvel Studios and Sony and therefore Sony is going to want to get as much frequent business from Spider-Man as possible. Therefore they aren’t going to want to wait for a whole phase (that usually span 4 years) to get another Spider-Man movie released. Secondly, with Iron Man likely stepping down as the flagship super-hero for the MCU (more on that in a bit), Spider-Man is the obvious replacement character, so it also benefits Marvel Studios.

If I was a betting man (and I was getting exactly what I wanted), I’d suggest that the third Spider-Man movie will be a Sinister Six focused story coming summer 2021. 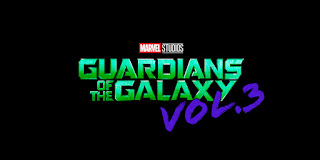 It’s not officially scheduled, but we also know that Guardians of the Galaxy Vol 3 is due with writer / director James Gunn confirming as much during promotion of Guardians of the Galaxy Vol2. Although we didn’t get a date, I think it’s safe to assume it will be one of the earlier movies in the Phase 4 schedule, with a similar 3 year gap between direct sequels I’d guess you can expect this May 2020.

However before that, I think there’s a good chance we see Doctor Strange 2 in late 2019. Film sequels generally release every 2 – 3 years, and we know there isn’t a 2018 film planned so 2019 makes perfect sense.

Likewise, even though we haven’t got their first instalments yet, we are due Black Panther and Captain Marvel movies as part of phase 3 and if successful no doubt both of these will get sequels in Phase 4 (a few years after the original).

Ant-Man and the Wasp is due next summer, and Marvel tend to like to do 3 movie for their solo characters so I’d suggest a third Ant-Man movie sits happily in there too.

What about the big three? Iron-Man, Captain America and Thor? This is tricky, but here are my thoughts…

Although all of the lead actors contracts for these movies end after Avengers 4, as far as I’m aware Chris Evans is the only one publically stating it’s his last movie. Therefore, I don’t think they’ll be a Captain America sequel in Phase 4, at least not a Steve Rogers Captain America one. We could see Falcon or Winter Soldier take up the Captain America mantle as per the comics, but whether they’d get their own solo film is debatable.

Robert Downey Jr isn’t getting any younger, but part of me feels he may stick around for Phase 4, however I see this very much being in cameo capacity, therefore I wouldn't expect to see Iron Man 4 per se.

Thor on the other hand I could see getting a fourth instalment, the hype around Ragnarok definitely feels like there is a reinvigorated interest in the character. The change of tone also makes this feel like a new franchise, so if successful I could definitely see them building off of that with another movie is a similar vein.

What will the Marvel Cinematic Universe build to in Phase 4?

Well, all the previous phases have essentially led to an Avengers crossover and I believe that will continue in Phase 4. The team line up will likely be drastically different to the one we got originally, but the Avengers brand is strong so you’re definitely getting an Avengers named movie in Phase 4. The Thanos and Infinity Stone saga will be over, but that doesn’t mean the Marvel Cinematic Universe is slowing down anytime soon.

So with that in mind, this is what I see Phase 4 of the Marvel Cinematic Universe looking like with respective release years (allowing for the usual 2/3 year gap between direct sequels)…

I believe this is a fairly realistic selection of movies that will make up Phase 4 of the MCU, I’m conscious all of these are sequels but unless any of the original films not released yet completely bomb, you know they’re getting follow-ups! I could see Thor 4 and / or Ant-Man 3 being replaced with new solo character movie(s), but I think all the others are safe bets.

What do you think? Any other suggestions?

*My best guess, be interested to review this when we get some confirmations!
Posted by Ripblade at 19:21